Reviews
I've been back about 3-4 more times for refills, and it's been fantastic. Elena is a super friendly and sweet women.  A lot of places have good technicians, but due to either language barriers or lack of organization, they just don't feel as well run. You'll rarely have an issue getting an appointment of your choosing at Extend. I just love the service running by Elena.
Elena did my first set of lashes. She walked me through the different lashes and the different effects for each type of lash (thinner or sicker), different lengths, etc. She asked me what kind of look I wanted to achieve with extensions and made suggestions based off of my wishes. Expect to be lying down for 2 hours or so the first time. I’ve seen quite a few eyelash technicians but they were in rush or didn’t pay enough attention to my own eyelashes so I simply wasn’t satisfied.   I am so happy that I finally found my lash lady.
You really can't cut corners if you want quality lashes that will hold up. I have skimpy lashes so it takes about 2 hours for me to get lashes (new set, not fills) that are long, lush, thick, and sexy.
I love how they take their time with EACH lash and I get a relaxing nap!
I love my lashes!!!  Thanks Elena. 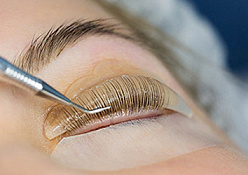 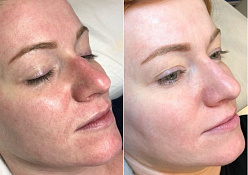 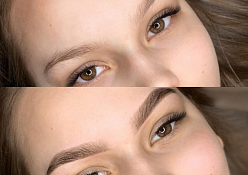 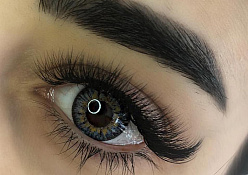 There are numerous exciting new applications of ultrasound therapy in cosmetic surgery. Ultrasound has been used for cosmetic purposes since around the early 1980s. Widespread therapeutic usage, safety, precise control and excellent, predictable results have made ultrasound an important addition to cosmetic surgery practices. New and current uses of ultrasound include body skin-rejuvenating treatments, reduction of stretch marks, treatment of contracture and scar tissue such as around breast implants, and the pre- and post-operative treatment of plastic-surgery patients to accelerate healing and recovery after procedures such as tummy tucks, liposuction and much more. After a liposuction for example, the holes caused by the action of the cannulas end up giving rise to small fibroses. When these internal scars are small in size and small in number, they do not adversely affect the outcome of plastic surgery.

Fibroses begin to appear usually at the beginning of the postoperative period and more prominently in the first 3 months.

The mechanisms of action of ultrasound should be considered in terms of four categories. First is the thermal effect, which relates to the heat generated into the deeper tissues, especially the collagen, and the benefits derived from this. Second is the mechanical effect, which relates to the high-speed vibrations that act on the tissue just like a micro-massage. Third is the cavitation effect. This refers to the production of countless microscopic droplets of oxygen from the vibrational process. Fourth are the biological effects, which include blood-vessel dilatation, improved blood flow and circulation, sonophoresis, improved lymph flow, muscle relaxation, reduced inflammation and dissolves fibrosis. The treatment brings immediate pain relief.